Agnes, one of four Gray Wolf-dog hybrids at Wildlife Images, recently celebrated her third anniversary of coming to stay with us full time.

The 7-year-old, who also goes by Aggie, is a mid-content wolf hybrid who was confiscated from private owners who were unable to properly contain her. Although she is very social and comfortable around people, which is a typical trait for wolf-dogs.

Her wolf ancestry is evident in her appearance. She has a wolf’s downward slanting yellow eyes, bushy low tail, large paws, broad face, and smaller ears.

Agnes loves to stretch her legs, bounce, and climb and is willing to fulfill training requests for a treat or word of praise – often initiating training behaviors on her own. Agnes is also a skilled escape artist – a trait she got from her wolf heritage. While her enclosure is safe and secure at Wildlife Images, she has proven, in her previous placement, that she is smart and loves to explore. She is named after Agnes Baker Pilgrim. We honor the Takelma Tribe Elder by spelling it Agnes instead of Agness.

She came to us on Dec. 6, 2018 and has been a favorite of visitors ever since. In human care, wolf-dogs can live more than 15 years.

She has been a key part of our education opportunities regarding Gray Wolves, and she is currently scheduled to take pictures* with Santa this weekend during our Wild Winter Wonderland.

*–Subject to animal welfare and availability 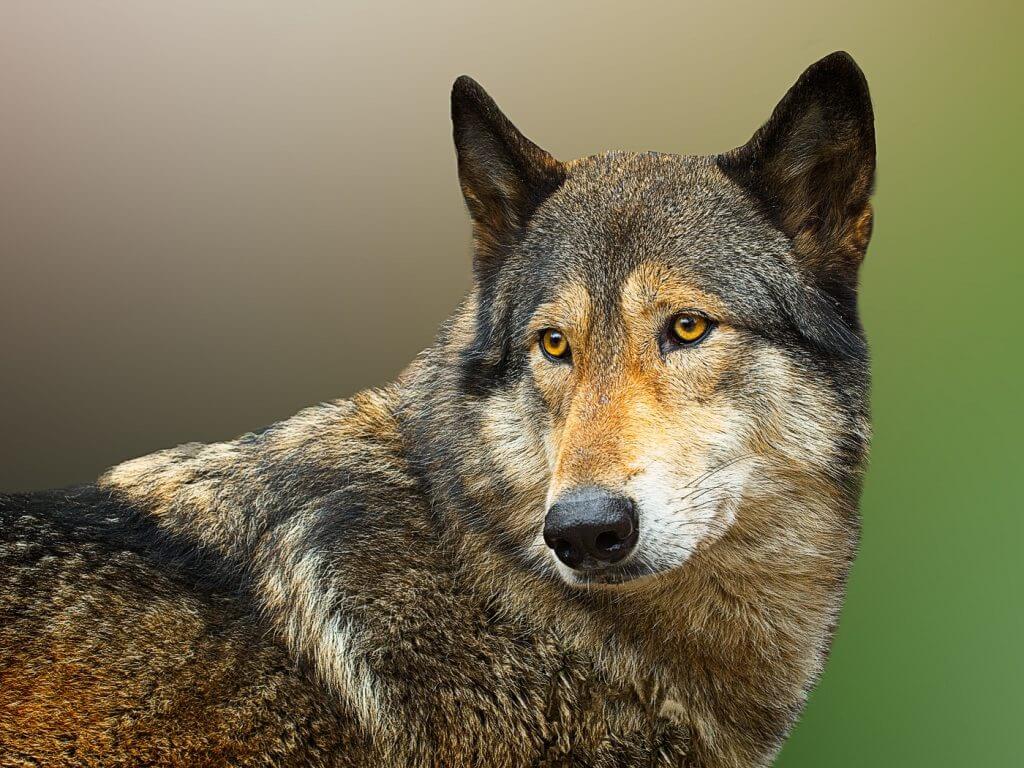